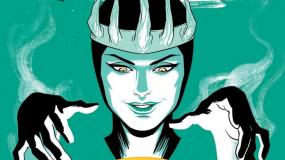 In British legend is a witch called Morgan Le Fey who through her enchantments seduced those around her, destroying them.  This is a type of archetype that Becki Percy is, and woe to those who fall for her bewitchments.

I recently made a direct appeal to the core Christian following of false allegation maker Becki Percy (Twitter @becki_p20) quoting from the Bible about false witnesses.  The Bible has many such condemnations of false witnesses, a serious sin in that religion.

Becki Percy hit back at me, as did some of her fanatical followers, some praying for me, others directly abusing me.  I did not enter into a religious confrontation, but I did point out to the followers of Percy that they appeared blind to the manipulation and deceit of Becki Percy who uses the Christian religion to build her personal brand to sell various business products to the religious followers she seduces.

Becki Percy yesterday became religious, flooding her Twitter account with prayers and quotes from the Bible to appear authentic and religious to her crumbling support base.

Becki Percy ranks in the top ten of the most evil people I have ever experienced in my life.  Percy is a dangerous individual, some of those close to her comment that Becki Percy is clever, going to elaborate and deep lengths to manipulate those she targets around her.  Indeed, some people such as Wendy McAvene has thrown away their home and marriage when she was sucked into a cult-like worship of Becki Percy.  Catherine Moncada, who originally took Percy into her home in the first two years of Percy’s stay in the USA, was put under intense pressure to sacrifice herself and her family for Becki Percy, and was hurt in the process.

Even though I am not religious, I do have a good understanding of the Bible, having been brought up in Christian junior schools as well as having been a chorister at places such as Chichester Cathedral.  Becki Percy throws around Bible scripture and words with no understanding, and it appears too many of her followers do not understand the Bible either, especially when the Bible talks about false witnesses such as Becki Percy.

Becki Percy plays the image of The Little Match Girl, playing the role of a deeply religious vulnerable victim of dark misfortune, but it is all smoke and mirrors, a mask that the predator plays to seduce her victims to give her money and fame.  Woe, to any who dare challenge the devilish waif, for she will accuse the innocent of wrongdoing and move her fanatical following to do unChristian things to any who oppose or stand in the way of her machinations.

The 2500-year-old work called the Derveni Papyrus observed that those who have no understanding can have no belief:

“… terrors … consult an oracle… they consult an oracle… for them we go into the oracular shrine to inquire for oracular answers, whether it is right… the terrors of Hades, why do they disbelieve? Not understanding dreams, nor any of the facts, on the basis of what kind of warning would they believe? Overcome by fault and by pleasure as well, they neither learn, nor believe. Disbelief and lack of understanding [? are the same thing]. For if they neither understand, nor do they learn, [it is not possible that they believe] even when they see… disbelief… appears…”

Despite the deeds, prayers and quoted scripture of Becki Percy and many of her fanatical followers, they have no understanding of their Christian religion and Bible, so have no belief in their religion, Jesus and God.  If they did have understanding, the followers would have long ago abandoned Becki Percy for the empty parasite that she is, but they are seduced by the enchantments of a clever imp, they dance to her manipulations and cunning.

Copyright of satanicviews 2013, 2014, 2015, 2016. You can use all material subject to acknowledging satanicviews as the source.
Logos of Hoaxtead
Hannah Reads Books

"To absent friends, lost loves, old gods, and the season of mists; and may each and every one of us always give the devil his due." -Neil Gaiman

rjwomack.wordpress.com/
Scribing English All Over The Place

Journal of an Eclectic Satanist

Home of the Satanic Muses. Satanic life, thoughts and issues.

Blog For Theistic Satanists and Demonolator

Devil in All Things
Summer Thunder

Nature and the Infernal

"I must create a system or be enslaved by another man's; I will not reason and compare, my business is to create" - William Blake