One of my oak saplings I grew from an acorn on its way to be planted at its final destination.  Tree planting is a fast, easy, simple and low cost way to help our environment.

Firstly, I welcome that Greta Thunberg has encouraged children around the world to protest and make what is being done to our planet an issue in the minds of adults and decision makers.

I do not think Greta Thunberg is being manipulated by adults, and it is normal and healthy that someone with aspergers will become hyper-focussed upon interests that matter to them, which for Thunberg is climate change.  Neither is it a great shock that young people have massive passion, idealism and expectations of immediate results.

I have long regarded climate change as mostly a natural situation, rather than one that is caused by humans.  A simple look at history shows that climate moves in short and long cycles, that these changes in our climate is nothing special.  And, everyone, including Thunberg, has missed the real cause of adding methane and carbon dioxide into the environment, which is farming.  Burning forests and intensive farming to feed the stomachs of humanity puts carbon dioxide and methane into the environment, and charities such as World Wildlife Fund and Green Peace are criminal in their silence of the real causes of such gases getting into the atmosphere, because it impacts research grants and donations.

Since methane has a short life, it is possible to have fast results by eating less meat, changing farming practices.  However, such proposals to eat less meat is politically and socially unpopular, so our climate change scientists and charities prefer misdirection to blame fossil fuels instead, so nothing is done about farming.  And, changing farming processes is a challenging issue, because rich nations telling poor farmers in developing nations to starve to death to meet climate change goals is not appropriate.

People have no need to be clever and complicated in pulling carbon dioxide out of the environment.  The answer is simple, and a toddler can do it: conserve existing trees; plant more trees.  Its so easy, a plant pot, an acorn, some soil, occasional watering, and you get a tree.  Nothing to it.  Nobody needs expensive efforts to manipulate the weather and nature costing billions of dollars, which do more harm than benefit.

Greta Thunberg and others obsession with climate change also obscures the real challenges that impact our environment, the destruction of air, soil and water; the lack of respect and empathy people have for other living things that we share our planet with, as we push them out of their habitats to extinction.

The children have told us adults to do something about our planet, and we are listening.  However, let us not get carried away by putting children on a pedestal to be worshipped, offering them the Noble Peace Prize for their heartfelt concerns for their future and planet.  Lets offer them solutions, and educate them about the reality that the challenges are complex, and answers will take many decades to unfold to bring about the changes that these children demand immediate gratfication and answers for. 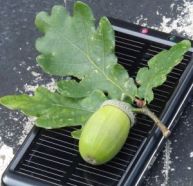 It takes time, like growing oaks from acorns, to get results in anything, so you may as well focus, do it well, enjoy the process.

Most people in society expect immediate gratification of their needs, instant results, the magic pill, but, in my experience, this is not how life works.  I planted 21 acorns, and these will take weeks to appear, then a few years of care, then fifty years to become reasonable oak trees.  Everything runs according to its own pace, and nothing is immediate when growing an oak tree from acorns.

Its great to see all those children idealistically protesting about climate change, in their little minds demanding instant results to their demands.  The only sustainable solution to pulling carbon dioxide out of the atmosphere is planting trees, but these take generations, decades to establish.  Changing attitudes to farming, adopting solutions such as eating less meat, and doing everything to reduce methane gas, takes time.  Against this, the instant gratification of a McDonalds beefburger, or to cut down the annoying tree in the garden that took 60 years to grow, adds to the problem of more methane and carbon dioxide in the atmosphere.  Even if actions start now, there won’t be immediate results on climate change, this will take decades to reap the harvest of what is sown now.

Fighting the Satan Hunters behind the Hampstead Hoax has taken five years, and challenging the false allegation maker Becki Percy will take another year.  Studying for my exams, takes eight months.  Getting my garden ready for spring planting, several months. Then there is the projects involving artificial intelligence that will take years.  Everything takes time, tons of time, money and energy.  It is thus better to focus upon a few things that matter, do them well, and understand that it takes time to see the results.

The human body has a hunting hormone called dopamine that rewards the individual for the hunt, which is one of the reasons that people become addicted to gambling and drugs.  The individual won’t get much dopamine from an instant gratification of a need, dopamine rewards the hunt, and thus its the process to getting the end result where the chemical reward is, rather than instant results.

Finally, the philosophy of entelechy is about the paradox of something that is complete, but also working to completion.  Entelechy can describe life, our aliveness is both an end state, but also a process towards that end state through constant breathing and a pumping heart.  If our heart stopped beating, we ceased breathing, then the process towards aliveness stops, and the completeness of aliveness vanishes with it into death.

So, it might be better to forget about instant results, the end states, but to enjoy the journey, the process towards completion; focus on what matters, knowing that all things take time, and the process is where the fun is rather than the end result. 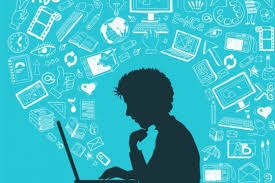 The internet is a double-edged sword as it makes information available to all, but drowns society in stupidity and fake news.

A friend of mine in London is a jewellery designer with many decades of experience.  My friend complains that the content he posts of his work on Facebook is drowned out by low quality rubbish produced by people who also like to call themselves jewellery designers, who attended a few classes and make their jewellery out of kits purchased at any craft shop.

The internet has been the great blessing that everyone has access to information, and everyone, expert and novice comes to the table on an equal footing.  The downside is that there is no filter on the quality of content where fake news often outcompetes truth, and nobody can tell the difference between the idiot and the expert.

The Guardian newspaper recently decided to close its blogging network to science experts, with one blogger complaining about his losing battle against fake news, which drowns out the voices of the scientist and expert.  I, like most of the world population, no longer trust the experts, these people have become discredited because they lost touch with the real concerns of ordinary people, and they manipulated people too often.

It has long been the mantra of experts that climate change is caused by humans, and it is due to fossil fuels.  Anyone who suggested any different was treated as a heretic, persecuted and had their lives ruined; ordinary people were treated as if they were stupid; and politicians who challenged the official line were accused of being extremist loonies.

In truth, the experts ignored the historical record that climate change moves between extremes in cycles throughout history; that a few metre rise in sea level in the modern-day is nothing compared to dozens metre rise a year a few thousand years ago; or that this could be a natural rather than human influenced change in climate.

The experts conveniently allow developed nations to cheat or ignore controls on their fossil fuels whilst forcing the poor of third world nations to suffer by making them abide with controls on burning fossil fuels, and to pay for expensive renewable energy sources such as dams through loans such nations could not sustainably afford.

The experts chose to entertain a conspiracy of silence that the main contributor of greenhouse gasses was from meat, dairy and poultry farming.

Rather than a global initiative to plant trees to remove carbon from the atmosphere, the experts suggested expensive schemes to manipulate weather patterns and reduce sunlight to the planet, no doubt paid for by denying the vulnerable and the poor resources by diverting public funds to such unworkable schemes.

Whilst the internet has dented the impact of the expert, the liberated access to information has had zero impact on stupidity, so barbarian-minded idiots have a greater platform than the expert to promote dishonesty and fantasy such as flat earth conspiracies, unlimited energy devices (once known as perpetual motion engines) and illuminati fictions.  Dishonesty and fake news is the new normal, where even US President Donald Trump regularly lies, and is validated and weakly challenged for doing so.

The future is dire, for not only is humanity polluting the land, air and water, but now body, mind and society with dishonesty, delusion and fantasy.  Like that blogger who complained about fake news, I recognise that truth is no longer held in regard by society, where most people prefer to hear fictions that please their mind and ear.  The new hero is the frauds like Donald Trump or Elon Musk, whose dishonesty has become so natural to them that they have forgotten what truth is, and will relentlessly persecute those who dare to say different.

Copyright of satanicviews 2013, 2014, 2015, 2016. You can use all material subject to acknowledging satanicviews as the source.
Logos of Hoaxtead

Investigation of the allegations of Rebecca Percy

"To absent friends, lost loves, old gods, and the season of mists; and may each and every one of us always give the devil his due." -Neil Gaiman

rjwomack.wordpress.com/
Scribing English All Over The Place

Journal of an Eclectic Satanist

Home of the Satanic Muses. Satanic life, thoughts and issues.

Blog For Theistic Satanists and Demonolator

"I must create a system or be enslaved by another man's; I will not reason and compare, my business is to create" - William Blake